During this stressful period the Covid-19 pandemic has created, local heroes and impactful programs have worked to uplift community spirit and feed the minds and bodies of all Vermonters. One initiative, Everyone Eats, has risen to the occasion and helped families and organizations across the entire Green Mountain state.

Through a grant provided by the Vermont Agency of Commerce and Community Development, the mission of Everyone Eats focuses on providing “nutritious meals to Vermonters in need of food assistance as well as a stabilizing source of income for restaurants, farmers, and food producers.” At least 10 percent of the ingredients for the meals use Vermont products.

Morgan Evarts, Recruiter and Workforce-Builder at Wake Robin, explained how Vermont’s Life Plan community became involved with the project. “When Everyone Eats approached us, they explained that this is a free meal for anyone affected by COVID-19. They asked us ‘do you wear a mask every day? If so, you deserve a meal.’ Our staff have worked so hard at not only continuing to come to work during the pandemic, but always having safety protocols on top of mind in their professional and social life. This is the only way to keep the  residents and their co-workers safe and they are doing an amazing job!”

Through Wake Robin’s partnership with Working Bridges of United Way Northwest Vermont, the Human Resources team was able to coordinate a six week schedule in which staff could pick up local, fresh ingredient meals right in the Community Center. And as much as the program benefits staff  and their families – they  can pick up dinners for their household members too – each meal delivered ensures $10 goes to the food provider.

Managed by the Southeastern Vermont Community Action Agency, Everyone Eats has been a roaring success thus far. According to this ShiftMeals.org blog, more than 100 restaurants have participated and distributed meals to 130 distribution sites. The first pick up for Wake Robin occurred in the middle of November and featured homemade soups from Joe’s Kitchen at Screamin’ Ridge Farms. Evarts summed up why Everyone Eats has been a perfect fit for Wake Robin. “If we can give staff one less night to worry about making dinner, and a chance to relax with their loved ones…well, that is completely worth it!”

To learn more about the Everyone Eats program, please visit https://shiftmeals.org/everyone-eats/

The article, “Unprecedented Times, Unexpected Solutions” explores what new retirees are seeking, especially in the time of the pandemic. The essay explains what it means to live in a Life Plan Community – in terms of what kind of healthcare and social benefits it offers.

Read the article in the November/December digital version of Yankee Magazine here!

Founders, board members, and residents, Stokes and MaryJane Gentry are honored through the Gentry Lectureship

On Thursday October 22nd, global leader in environmental activism Bill McKibben gave the first of two speeches for Wake Robin’s annual Gentry Lectureship. Over 175 people, 150 residents and 25 Priority Depositors, from New England to as far as Denver, Colorado, listened to his talk over Zoom. After his talk, Mr. McKibben was happy to take questions and comments from the virtual audience.

For those who are unfamiliar, The Gentry Lectureship is named after Stokes and Mary Jane Gentry for their contributions as founders, board members, and residents of Wake Robin. The program was established in 2002 and has brought prominent figures from the government and economic sectors, as well as the fields of science, education, and the arts.

This year, residents organized the 2020 Lectureship around climate change and sustainability, creating a two-part program, “Crises and Change: Building a New Future in the Age of Climate Change.” The second speaker will be Mary Powell, former CEO of Green Mountain Power, who will make her address in December.

Bill McKibben is an author, environmentalist, and the founder of 350.org. the first planet-wide, grassroots climate change movement. He has spearheaded the resistance to the Keystone Pipeline and launched the fast-growing fossil fuel divestment movement via stopthemoneypipeline.com. His book The End of Nature is regarded as the first book for a general audience about climate change; and his latest is Falter: Has the Human Game Begun to Play Itself Out?

Mr. McKibben entitled his lecture, A Crisis Inside a Crisis: What COVID-19 Might Teach Us About  Dealing with Climate” and he argued “that we must do everything we possibly can right now”  and “disrupt in a large way” to combat climate change. Noting that the world has already passed certain tipping points, he maintained we must limit the global temperature increase only to 2 degrees Celsius and not let it go to 3 or 4 degrees, which would be uninhabitable for current civilizations.

A former science journalist and current Wake Robin resident was deeply impressed. “I took a lot of notes because I felt he was giving a tremendous amount of information and educating us on critical issues. One point that really stood out was his mission to organize older Americans to advance climate change reforms.”

For its part, the Wake Robin Residents Association (WRRA) has two active groups that research, promote, and practice sustainable measures campus wide. The Greens Committee provides information on reducing energy use and works on community recycling and composting in coordination with Environment Services. Additionally,  The Wake Robin Climate Action Task Force examines electrical and water usage, and promotes ways to cut back on those and other wasteful behaviors that tax and harm resources.

Concluding his address, Mr. McKibben gave some hope to a community eager to play an active part in the climate change movement. “The most powerful lesson of all is that social solidarity is necessary, and our job as individuals is to be less individual. ” Wake Robin continues to demonstrate that spirit.

Former CEO and Executive of the Year Mary Powell

Please join the Wake Robin community as we welcome Mary Powell, a transformative leader and former CEO of Green Mountain Power. She will conclude this year’s resident-organized Gentry Lectureship, “Crises and Change: Building a New Future in the Age of Climate Change.” Iconic climate change activist Bill McKibben addressed the Wake Robin community in the first part of the Lectureship series.

The event is free, but space is limited for Wake Robin residents and Priority Depositors. To learn more about what it means to become a Priority Depositor, and to reserve your space for the lecture, please call Sharon in the Marketing Department at 802-264-4279.

Join Wake Robin for a very special virtual presentation on “Mindful Organizing & Decluttering.” This will be a 1 hour presentation with 30 minutes for Q&A.

To reserve your space and get the link, please contact the Marketing Department at 802-264-4279. We look forward to seeing you!

Join Wake Robin’s Director of Health & Resident Services Meagan Buckley as she explains how the Linden Health Center functions, what services and treatments are offered, and describes some of the culture cultivated in the three neighborhoods of Spruce, Cedar, and Juniper. Some staff and Linden residents will also be in attendance to answer your questions.

The event is free, but space is limited. Please call Sharon in the Marketing Department at 802-264-4279 to reserve your space and gain access to the link.

Join current Wake Robin residents as they share their experiences and insight on living at Vermont’s only Life Plan Community. They will share what it’s like to live here and how their journey brought them to Wake Robin. There will be plenty of time for questions.

The event is free, but space is limited. Please call Sharon in the Marketing Department at 802-264-4279 to reserve your space and gain access to the link.

Environmentalist leader Bill McKibben will share his sense of what we should be thinking as we come out of quarantine. His video lecture, “A Crisis Inside a Crisis: What COVID-19 Might Teach Us About Dealing with Climate” will be followed by a live Q&A. This is an exclusive online event for Wake Robin residents and Priority Depositors. The event is free, but space is limited. To learn more about becoming a Priority Depositor, contact the marketing team at 802-264-5100.

Following Their Curiosity: The Joy of Readers and Writers at Wake Robin

Wake Robin residents love being active. Physically engaged, they swim in an indoor swimming pool, bike the country lanes around campus, and practice yoga and Tai Chi. Residents also nourish their minds through lectures, Inquire – Wake Robin’s lifelong learning program – and, fundamentally, reading and writing. Wake Robin has been a center for arts and letters since the beginning.

Even before the Community Center was completed in 1993, a library was installed on campus. It started just as a basket of books!  The Founders then solicited incoming residents to donate books, and once the Wake Robin Residents Associated (WRRA) formed, funding for a library space became top priority.

The design and implementation of the library was a great success, primarily because a few professional librarians – who were joining Wake Robin – oversaw its progress. Today, the library is housed in a brand-new space of the Community Center, adjacent to the reading room. It features a digital center equipped with a large Mac monitor, which serves residents well because many continue independent research projects. The thousand-plus book collection reflects resident interests and includes many bestsellers from the last five years. According to the Head of the Library Committee, Pat, there is a strategy in choosing new books. “The community here is very well read. They like to read the latest books and often make suggestions,” she said.

Borrowing books on the go due to Covid precautions

Outside of the library, there are a number of groups at Wake Robin that hone the skill of writing. The Memoirs Group meets weekly and welcomes all kinds of writers – from those residents who are polishing up an autobiography, to those just beginning to write about their lives. These days the group connects through video chat and listens to one speaker who shares part of his or her memoir for fifteen minutes, and then hears feedback. The range of stories are delightful, spanning childhood memories of farm life to unique career experiences. One member, reflected on the bond of the group, said “We trust each other and very interested in what each other have to say.”

The Vermont Humanities Book Club at Wake Robin attracts the inquisitive and analytical minds on campus. Popular each year, the demand to join the book club

is always so strong that two groups are needed to facilitate discussions. The statewide program offers 250 themes and Wake Robin chooses one each fall and winter semester. Within each theme, residents read one book each month for four months and convene monthly with a expert discussion leader. Last year the group selected the US Constitution as a theme and read the Bill of Rights, among other documents. “The best part of the group is the discussions,” said Pam, who’s in charge of the committee that selects the themes. “The discussions are always riveting.”

The active life here at Wake Robin takes many shapes. Residents choose which path of joy they want to choose – and there are often many. You can come here to finish your novel or memoir. Or rekindle a passion for woodworking or quilting. You can learn water coloring from scratch. The possibilities are endless. Let your imagination roam. 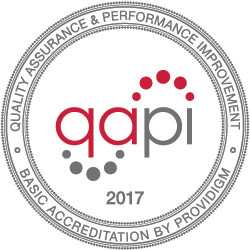